The most important Windows 10 device in the history of the operating system is also a good one. END_OF_DOCUMENT_TOKEN_TO_BE_REPLACED

Have a Windows Device? DO NOT install the latest update!

Redmond, Wash. — Today, Microsoft released a build that will brick your computer and phone.

The build is known as 16212 and it is known to cause all computers and phones running the Windows operating system to get stuck in a boot loop and brick.

Dona Sarkar, the chief of the Windows Insider program, issued this tweet:

#WindowsInsiders: pls do not install any builds being offered til you hear from us with a blog post. If you have installed, reset with WDRT.

Here’s how to suspend the downloads of new builds for Windows 10 Mobile.

Unfortunately, once the download begins, the only surefire way to stop it is by turning Airplane Mode on your phone, disconnecting you and your device from the internet on data AND Wi-Fi.

If you have a MacBook, like we do at Aiken Area Progressive, take solace in the fact that it is one less thing you have to worry about (since your PC does not run Windows), unless you have multiple Windows 10 Phones like yours truly does.

If you are among the 2% of Americans – and 1% of global people – who have a Windows 10 Phone, here is some good news if you are looking for a YouTube client app.

Ryken Studio, the creators of the third-party app MyTube, is very appreciative of the Windows 10 Phone users, no matter how small the userbase is. To show their appreciation, the app, which usually costs 99¢ in the Windows Store, will be free until Friday afternoon EDT.

To get the app on your phone, click on this below.

Could Facebook be finally near with updates allowing audio calls and video calls on their Messenger app?

Menlo Park, Calif. — After being slagged by the Windows 10 users for months for blatantly neglecting the platform, Facebook could be finally on their way to allowing audio calls and voice calls on their Windows 10 Messenger and Messenger beta apps.

Recently, on the r/windowsphone subreddit, a user named amosterous noted that the icons to call and video call are now appearing in the app. END_OF_DOCUMENT_TOKEN_TO_BE_REPLACED

Reports throughout the year noted that Microsoft intends to stop production on the line by the last business day this year. That is today. END_OF_DOCUMENT_TOKEN_TO_BE_REPLACED

NBC to pull its Breaking News app from all platforms, shut down service

New York City — The National Broadcast Company has announced that they are removing its Breaking News app and shutting down the service at the end of the year.

And just like with Vine and some other apps, moving to the duopoly (IOS and Android) will not save you if you want this app.

NBC has said it will remove the apps from the Windows Store, App Store and Google Play before 23:00 on New Year’s Eve.

“Unfortunately, despite its consumer appeal, Breaking News has not been able to generate enough revenue to sustain itself,” said Nick Ascheim, the senior vice president of digital for NBC News, in the letter supplied by the national news network. “We have therefore made the hard decision to close its operations so that we can re-invest that funding into NBC News’ core digital products to help us achieve our ambitious goals for those businesses.”

And the reason for the lack of revenue? For one thing, NBC, just like Facebook (who Mr. Ascheim fingered as responsible for the shut down of Breaking News) was completely complicit in committing media malpractice against Hillary Clinton throughout the entire election. They, much like Facebook, also gave Trump a platform to put out his racist, misogynistic, homophobic, transphobic, gymnophobic, xenophobic hate.

So yea, the conservative NBC is shutting down an app that very few liberals, if any, have used since the spring is not a surprise. The only surprise is that it is actually happening a lot sooner than we at Aiken Area Progressive thought.

Big Pink outed the Alcatel Idol 4s with Windows 10, the superphone that many talked about Alcatel working on since January.

The phone showed up briefly on T-Mobile’s web page during the early afternoon, before the company took the page down. END_OF_DOCUMENT_TOKEN_TO_BE_REPLACED

San Francisco — Twitter is pulling the plug on Vine and as a result, its app will also be removed.

The Vine app was launched in 2013 on IOS, Android, Blackberry and Windows Phone 8.x. They since pulled the app from Blackberry after the software maker orphaned their Blackberry OS in 2015.

Now, the app will be removed from the Windows Store soon. And you are thinking that switching to IOS and Android will help you keep this app. Wrong. The apps in the App Store and Google Play will also be pulled from their stores simultaneously with the Windows Mobile app.

Since 2013, millions of people have turned to Vine to laugh at loops and see creativity unfold. Today, we are sharing the news that in the coming months we’ll be discontinuing the mobile app.

Nothing is happening to the apps, website or your Vines today. We value you, your Vines, and are going to do this the right way. You’ll be able to access and download your Vines. We’ll be keeping the website online because we think it’s important to still be able to watch all the incredible Vines that have been made. You will be notified before we make any changes to the app or website.

This is the latest in a slew of problems Twitter has had ever since 2012.

And to cap it all off, Twitter laid off 9% of its workforce, most of them were from Vine.

So, will you miss Vine on your phone? Leave a comment.

Instead of trying to fix issues with his app (and his TOS), Mark Zuckerberg is now requiring Windows 10 Phone users to have 2 GB of RAM to use his corporation’s apps

On Monday, MSPoweruser and WinBeta both posted something about Facebook beefing up its RAM requirements and only for Windows 10 Mobile users. Not desktop users. Not MacOS users. Not IOS users. Not Android users.

The new requirement doesn’t mean that phones with 1GB or 512MB of RAM won’t be able to install it. It just means that these phones aren’t officially supported, and there might be problems that may occur only on those devices. MSMobile was able to get the apps to install on a Microsoft Lumia 650, even though it has only 1GB of RAM, and WinBeta confirmed this by testing the same apps on the same device, as well as a Microsoft Lumia 640.

This may not seem like a big deal, but keep in mind that the Facebook and Messenger apps now are only officially supported on flagship devices like the HP Elite x3, Lumia 950, Acer Jade Primo and a few others. This might mean that low-end Lumia model user may never see a well working Facebook app on their phone moving forward.

There are only seven US phones running Windows 10 that Facebook support, if these changes are indeed true. They are as follows:

Out of those seven, the Fierce XL (with its cumbersome rear camera) is the cheapest of the phones (at $109.99 at T-Mobile), meaning that many Facebook users who do not have a lot of disposable income just got priced out by Mark Zuckerberg’s fuck up. Almost all Android phones, including the “low-end” devices, now cost $299.99-399.99. And the IPhone is even more expensive, costing between $449.99 and $999.99.

Windows 10, before they went to the enterprise-only route, was the OS of choice for people who wanted a smartphone but did not have a lot of income to burn.

Now, sadly, Facebook has declared Windows 10 Mobile as the problem, not themselves. And it is typical of a good ol’ boy Silicon Valley corporation.

This is not the first time Facebook has pointed the finger elsewhere instead of taking responsibility for the problems they create. In recent years, Facebook has suspended people (both men and women) for posting photos depicting non-sexual nudity (including breastfeeding), despite the fact that such photos are not against their terms of use. Facebook has also suspended African-Americans for confronting racism and hate speech on their social networking site. Additionally, Facebook has suspended drag queens, transgender people, sex workers and other marginalized groups of people for providing their actual preferred names.

This app is different in that Facebook themselves created the app – not Microsoft – and they used IPhone code to port it over to Windows 10, which is being used by only 2% of the American people. 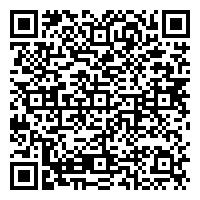 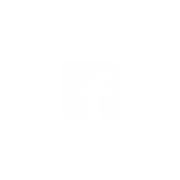 Redmond, Wash. — Not even twelve hours after Microsoft released the Anniversary Update for eligible Windows 10 Phones, the corporation released a new Redstone 2 cumulative build to the Release Preview Insider ring.

Insiders on the Fast and Slow rings will not get this build due to the fact it is a cumulative build instead of a preview build.

No changelog is available yet, but it is probably logs about squashing bugs and nothing else.

Be patient if you’re on Release and hasn’t gotten this update yet. It’s coming.

The Windows 10 Anniversary Update is here!

Redmond, Wash. — If you are among those with a Windows 10 Phone, today is the big day!

At noon EDT, Microsoft released the Anniversary Update for the phones. This comes two weeks after the targeted date for the update.

The Windows 10 Anniversary Update has begun rolling out for Windows 10 Mobile. The Anniversary Update includes additional features and improvements for your Windows 10 phone. To manually check for the update, on Start, swipe over to the All apps list, then select Settings > Update & security > Phone update > Check for updates. Note that availability may vary by manufacturer, model, country or region, mobile operator or service provider, hardware limitations and other factors.
Read more at https://blogs.windows.com/windowsexperience/2016/08/02/how-to-get-the-windows-10-anniversary-update/#PhLzIsP24vyRbQOb.99

Here are the phones that are eligible to get the update:

Any phone not listed here is ineligible for the Anniversary Update and will remain on Windows Phone 8.x or Windows 10 build 10586.