Atlanta — Reports have come out late last week that a power couple have been abusing women (and even girls) in recent years.

END_OF_DOCUMENT_TOKEN_TO_BE_REPLACED

The Weekend of Anger is here

The Weekend of Anger has come.

As we mentioned last week, AT&T and Dish Network pulled numerous local television stations in more than 135 markets in just over 24 hours over what is known as retransmission fees.

END_OF_DOCUMENT_TOKEN_TO_BE_REPLACED

Dish Network pulls all Nexstar TV stations, including WJBF NewsChannel 6, from its lineups

Englewood, Colo. — For the second time in as many days, a fee fight claims local stations.

This time, the Nexstar television stations have been removed from Dish Network.

END_OF_DOCUMENT_TOKEN_TO_BE_REPLACED

Dallas — As of 7:00 pm EDT, the television stations owned by TEGNA, including WLTX News 19, are no longer available on DIRECTV.

This removal, due to yet another fee fight, greatly affects Orangeburg County customers as their primary media market is the Columbia market (Augusta-Aiken is the county’s secondary media market).

END_OF_DOCUMENT_TOKEN_TO_BE_REPLACED

The site accused her of creating fake accounts.

I went on the @bumble dating sight and they closed my account. 👁👁
Some users reported that it couldn’t possibly be me!
Hey @bumble, is being me exclusionary ? 🤷🏼‍♀️
Don’t shut me out of the hive 🐝

Oh no, @sharonstone! @Bumble editorial director here. We’re on the case. Trust us, we *definitely* want you in the Hive. We’ll get back to you ASAP. 💛

The site then unblocked Ms. Stone.

AHA! @sharonstone, we at @bumble found your account, unblocked you, and ensured this won’t happen again. You can get back to Bumbling! Thanks for bearing with us and hope you find your honey.🐝

Bumble is a dating site for women and women make the first move conversation-wise on the site.

Cardi B. robbing men is a problem and we are not here for your defense of her

As most of you know, we were shocked and then angered when it was revealed that Grammy-winning rapper Cardi B. robbed men.

In a post five years ago (?), she admitted to robbing men who showed up at a club scene she worked at. END_OF_DOCUMENT_TOKEN_TO_BE_REPLACED 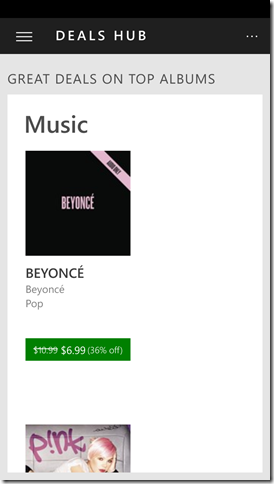 Redmond, Wash. — If you are among those in the majority who stuck with Windows 10 Mobile, you may have noticed an awesome treat if you want to discover women musicians and make your music collection a little more Bechdel friendly.

For $6.99 each, which is the price of a ten-piece chicken at Kentucky Fried Chicken, you can purchase these following titles in the Windows Store from women musicians:

So, if you lack women musicians on your Windows 10 Mobile phone, or on your IPad, IPod, Mac, MacBook, or Android tablet – get spending now!

You can download the Deals Hub on your Windows 10 Mobile phone here:

Joss Whedon #StandWithPP, but is still a SWERF 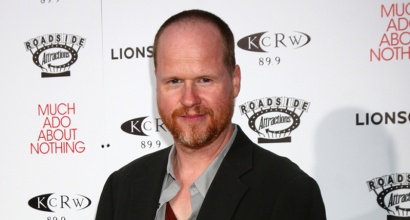 LOS ANGELES — Joss Whedon proclaimed his support for Planned Parenthood, and it’s something all of his true fans are proud of.

For me, that’s good that he Stands With Planned Parenthood, but that’s nowhere near good enough.

For starters, Mr. Whedon is a SWERF, or a sex work exclusionary radical feminist. That’s the main reason why I do not hold him in very high regard.

Next, the fact that he hasn’t been that enthusiastic of a trans ally.

That’s plenty of reason for me to continue to pass his work over and not watch.

But instead getting offended over his anti-sex work views, ignorant terrorist-sympathizing bigots who support the terrorists at the Center for Medical Progress – all of whom never were true fans of his work are offended that he opposes right-wing terrorism against Planned Parenthood.

These people who oppose Planned Parenthood need to get put in a cell.

After country stations limit airplay of ‘Girl Crush’, some stations are getting rid of country music altogether

NASHVILLE — Like they say, for every action, there’s a reaction.

On Tuesday, the day that new music is released both on the radio and in stores (until June 26), Little Big Town released the song ‘Girl Crush’.  Needless to day, in the Arbitron Top 250 radio markets, outrage from bigoted listeners ensued against both Little Big Town and country music stations, eventually leading to the song getting banned on stations such as WSCG, the 100,000-watt powered country music station in the Augusta, Ga.-Aiken, S.C. market; WCOS, the 100,000 watt powered station in Columbia; and TexMex, a station in Texas whose disc jockeys were interviewed by Al.com, a news site in Birmingham, Ala.

According to Raw Story, the Top 40 hit is written from the perspective of a woman who is jealous of her ex-boyfriend’s new flame.  “I want to taste her lips, yeah cause they taste like you / I want to drown myself in a bottle of her perfume,” Little Big Town’s Karen Fairchild sings in the song.  “I want her long blond hair, I want her magic touch / Yeah cause maybe then, you’d want me just as much — I got a girl crush.”

According to “TexMex”, the first time the song was played, his station was deluged with complaints from ignorant listeners who didn’t even bother looking up the meaning of the lyrics about its “‘obvious’ lesbian meaning.”

He copped to being puzzled by the ignorance. “Did you listen to the song all the way through?  Do you not like songs about women being jealous of a mistress?” he asked.  “This is the foundation of female country music subjects most of the time.”

In an interview with Vevo, Ms. Fairchild’s band mate, Kimberly Schlapman agreed, saying, “this woman is just looking at the woman her man left her for and wondering, ‘What does she have that I don’t have?  What am I missing?  What is it that she’s giving you that I can’t give you?’”

When “TexMex” attempted to explain the song’s meaning to his ignorant and irate listeners, “every one of them responded with basically the same thing (paraphrased): ‘You are just promoting the gay agenda on your station and I am changing the channel and never listening to you ever again!’”

Bobby Bones, a syndicated host whose show is on most country music stations in the United States, told The Washington Post, “it shouldn’t even matter if it’s a lesbian song, is the first thing.”

“Is it frustrating to you that here is your song — that is one of the Top 10 sellers for weeks and weeks and weeks — and people on the radio are still afraid to play it because they think it’s a ‘lesbian song?’” he asked.  The song is the fourth most popular country song on iTunes, but is currently only charting at 33 in radio airplay.  The song also ranks as one of the Top 10 most popular currently on Xbox Music, Microsoft’s media player, media library, online radio broadcaster, and mobile device management application. The song is the most purchased and listened to song from Little Big Town on Xbox Music.

What that means, according to “TexMex”, is that his radio station will only play the song two times per day, and never during peak listening periods, which are usually from 6:00 to 18:00.

The reaction to the bigotry of country music fans has been just as ferocious for some stations as they have immediately dumped the country music format for other formats such as urban contemporary and rock.