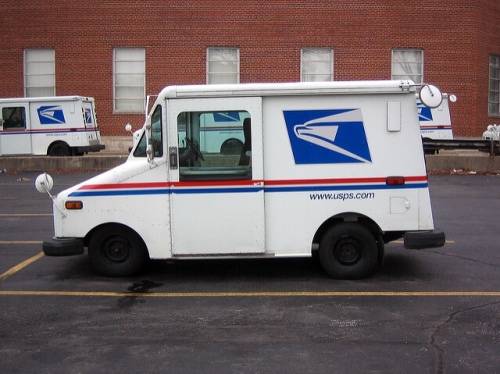 Hudson, Fla. — Nudists are used to be persecuted and discriminated against by citizens and private entities all the time.

But what makes this different is that it is a group of workers getting government funding that is engaging in blatant discrimination and blatant persecution.

The mailwoman WFLA News Channel 8 describes refuses to do the job as prescribed in her description because she hates nudists and hates being naked.

“It offends me that she does not do her job because if she can’t do her job, then she shouldn’t be having this job,” said Eileen Hudak, who has lived at the resort for over a decade and calls it a “family resort.”

What is worse, this particular mailwoman not only fills in on a regular basis, but she also has no problems at all delivering assault weapons to residences or delivering packages to residences that have a stockpile of guns.

“She marks it undeliverable, whether it fits in the box or it doesn’t, so we don’t get the mail that day. And sometimes the mail is important. Like with our neighbor, medication sometimes. You can’t wait until Monday or Tuesday to go get it.”

The other mail carriers have absolutely no issues with the Eden RV Resort and City Retreat.

Leonard Rusin said that he has to go to the post office to pick up his packages, some of which are sometimes important papers from the Internal Revenue Service. He resides in the nudist colony and is a disabled veteran of the Vietnam war.

“There’s a postal creed and it doesn’t say anything about not going into a nudist resort,” Rusin told News Channel 8. “I pay for a service, and I expect that service.”

The United States Postal Service is openly supporting bigotry with this statement:

The mission of the Postal Service is to provide trusted, affordable, universal service to our customers. One of the ways we do this is through centralized delivery, which is the method of delivery for this community. In accordance with postal regulations, all mail is left in the appropriate boxes. Packages are left in the large parcel lockers, which, like the mailboxes, are located just outside the entrance to the community. Notices are left for mail requiring signature and items that do not fit in the lockers. Carriers are not required to deliver beyond the centralized delivery units. We can assure all customers that mail and packages are being delivered according to national centralized delivery requirements. The Postal Service appreciates its customers and strives to provide the best possible service at all times.”

Imagine if this was a community of gun owners that were not allowed to get their deliveries at all and their packages were marked as undeliverable by a pacifist USPS mailperson. Or if the same were done to a Christian community by a feminist mailwoman who is offended by misogyny in the Christian faith. There would be no end to the countless stories about that on Fox News.

I am with the law abiding nudists here. I am livid and quite frankly, I see Congress has to step in here soon since our tax dollars are being used to prop up the USPS. If a woman who is totally unqualified for deliveries can deny service to law abiding nudists, then another (far more qualified) mail carrier can legally refuse service to gun owners, Christians and other groups of citizens on a whim.

NOTE: I have gotten the mail naked before – on November 22, 2016, a former mailwoman who I will call D* had an oversized Amazon package with Pokemon Moon in it. She had to come to the door. I was just getting ready to wash off when D honked the horn. I came out butt naked, as I usually am in a state of nudity unless I am going to bed (as I will be doing after this posting). She had no problems with me being naked.