Six reasons why I hate Samhain/Halloween 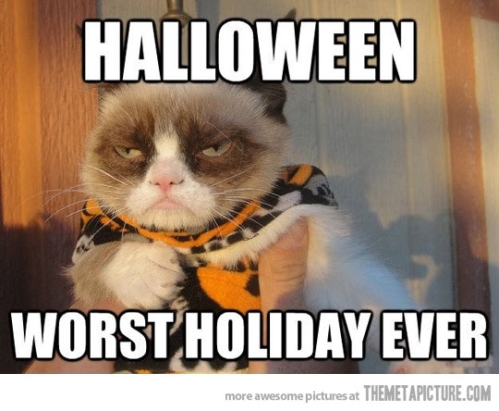 Samhain (Halloween for the non-Pagans out there) is the traditional Pagan festival that occurs on October 31. It is a day dedicated to the rituals celebrating the lives of those who did not make it and paying respect to ancestors. It is also supposedly the end of the growing season (although the mean first freeze in Williston is not until Christmas Day).

But, just like with anyone else in any other faith, not all of us in the Pagan/Wicca/Witch faith celebrate Samhain.

I, for one, flat out hate Samhain.

Here are six reasons why I hate October 31.

• It is merely a pathetic excuse for adults to violate public indecency laws. More than likely, if you look long enough, you will see several adults come in with attire that would get them a one way ride to the county jail. Readers of this site – even during the Blogspot days – should know by now that our Constitution does not protect clothing and that most US municipalities and all US states have classified some articles of clothing – including a raft of Halloween costumes for adults you can find at the entrance of Party City – as public indecency or indecent exposure.
• It is the anniversary of Greg Moore’s death. On Samhain 1999, I was watching the NFL and racing. I decided to turn to a CART race on WJBF-DT (then WJBF-TV) News Channel 6 that was taking place at Auto Club Speedway in Fontana, Calif. I had the grave misfortune of watching the race early on. That is because Mr. Moore smashed an inside concrete wall (literally) head first before flipping several times afterwards. Unbeknownst to me, when I turned on the local news on WRDW News 12 at Six, I remember watching the segment called the Big Finish. The sportscaster then showed the horrific crash that I previously saw. It was then when I heard him say that Mr. Moore died in that crash. In 2014, I learned that Mr. Moore was killed instantly in that crash and, after watching the video on YouTube for the very first time, the cause of death was a basal skull fracture – the same injury that killed Gonzalo Rodriguez on September 11 of that year at Laguna Seca, and the same kind of injury that would later claim the lives of Adam Petty, Kenny Irwin Junior, Tony Roper, Dale Earnhardt Senior and Blaise Alexander – all within the next 25 months.
• Cultural appropriation. Even if the attire is within the confines of the law, some attire appropriates marginalized people and their stereotypes. This is a growing problem. Unlike with jokes, which any group of people (including men) can be a victim of a totally unfunny and offensive joke, power dynamics actually do come into play when it comes to cultural appropriation. What that means is that it is offensive for cisgender people to dress up as a transgender person, an able bodied person to dress up as someone with a mental illness, and for women who are not sex workers to dress up in attire so skimpy, they could be mistaken for a sex worker (note: Sugar babies and findommes are also sex workers). Straight people, clothed people, whites and men cannot be victims of cultural appropriation.
• Racist and sexist decorations. There are plenty of these decorations during Sahmain season. These range from decorations of lynching colored people to decorations of boys/scarecrows with extremely turgid erections trying to intimidate guests.
• Hard candy. I do not like most of the hard candy that is associated with Samhain. The only kinds I like are the Smarties, Skittles and Starburst. That is it.
• Horror movies. Yea, I am definitely not a fan of horror flicks. And not just because they simply can not be unseen. They actually make it much more difficult for me to sleep – and that is the absolute last thing I and any other person with a mental illness need as we have enough issues as it is.

And that is the end of that.

As of 6:00 EDT today, Twitter will start suspending accounts for “creepshots” and other non-consensual nudity 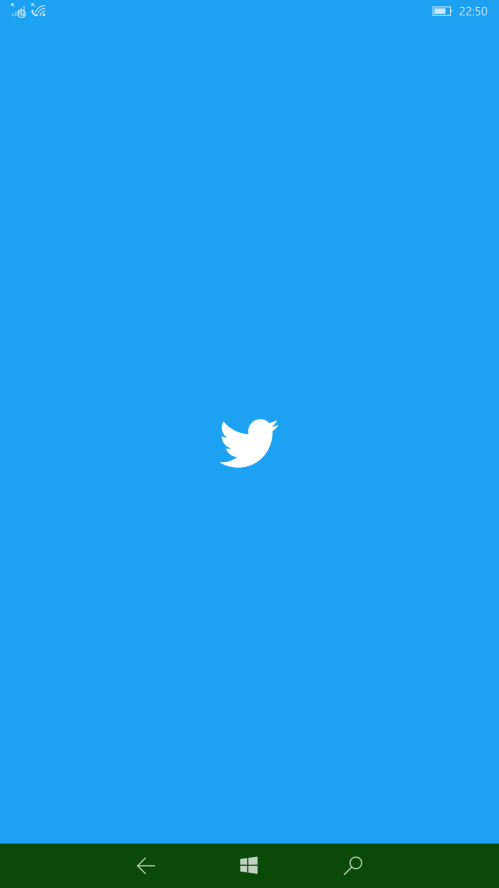 What that means is that accounts can now be suspended from Twitter for posting “creepshots”-like photos. This would include photos from the infamous Bushwick event that took place in New York City in 2014, one which we called “Creepshots for Women”.

Also, Twitter announced that phase two of their more stringent policy combating abuse will take place at 6:00 EDT on November 22. At that time, accounts that threaten violence against others will be permanently suspended. Also on November 22, accounts that use hate symbols and post hate imagery will be suspended and face the possibility of a permanent suspension from the social media site.

The new policy, which is being rolled out in phases, was put in place after the #WomenBoycottTwitter campaign that lasted 48 hours, encompassing the dates of October 13 and October 14.

Fairfax – A pupil was arrested at Allendale-Fairfax High School earlier this week for bringing a handgun on school grounds.

Rick Gooding, who works for Barnwell radio station WDOG-FM, tweeted about this.

News.. 9th grader @ AFHS in Adale has been transported to DJJ in Cola. SC after resource officer found a loaded 9mm handgun in book bag.

The only info is that the pupil was a freshman and was taken to the Department of Juvenile Justice in Columbia. Neither the Allendale-Fairfax School District nor the Allendale County Sheriff’s Department identified the suspect due to his age.

In an interview with The Hollywood Reporter, Ms. Silverman said what needed to be said: We need some real-life nudity in public places.

“When someone pitched the picture-the-audience-naked concept, I went, ‘Ugh, that’s so trite. You thought of that because you’ve seen it before on television,'” explained Ms. Silverman after the taping. “So we just leaned into that trope and made it into something totally, in my opinion, original.” And after all, this is a streaming service, not some broadcast network with strict standards and practices limits. “I wanted to take advantage of the fact that we are on a network where we can see nudity, clinical nudity.”

But that’s not the only reason Ms. Silverman had for filming the pair – a man named Scott and a woman named Stella – naked. She hopes to normalize nudity and told the cameraperson to pan down to the duo’s genitals. “It’s totally nonsexual nudity and yet it’s so jarring to see because we’re not used to it, especially in America. So I just got excited about showing clinical nudity — you know, a flaccid penis and balls and pubes and a vagina and just human, fleshy, beautiful bodies,” she said. “All it takes is exposure to be used to things.”

And that is precisely what the host hopes to give viewers in the decet of episodes in I Love You, America, so that the viewers are educated and change their thinking around nudity. “So much of closed-mindedness, hatred, intolerance is just a lack of exposure.” she continues, noting that oftentimes people who are more progressive tend to move to the coasts (i.e. Los Angeles or New York.) “And that leaves all the places we come from — New Hampshire, Iowa, Colorado, Nebraska — left without being exposed to different people.”

In the episodes that aired thus far, she visited a parish in Louisiana where a conservative family had never previously met a Jewish person. Also, Ms. Silverman sat down with a former member of Westboro Baptist Church.

Washington, DC – Women can now be legally fired from their jobs simply for possessing birth control after the Trump Administration today nixed a rule about birth control that former President Obama had enacted five years ago.

Rewire’s Christine Grimaldi shared on Twitter a piece of the new rule the Trump Administration posted at 11:00 EDT.

The rules that the Obama administration had enacted also allowed women to get birth control for little to no cost. That too, is gone, as of today, meaning that the price of birth control is about to skyrocket.

And if Trump, Trent Franks and Lindsey Graham have their way, women would also be prosecuted and jailed for up to five years simply for possession of birth control pills.

This is not about religious liberty or the “unborn” folks. This, as well as the proposed 20-week ban on abortion that passed the House on Tuesday, is about one thing and one thing only: A government takeover of women’s bodies and lives.